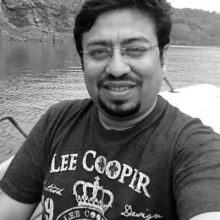 In November 2017, Twitter announced that its iconic 140-character limit had been expanded to 280 characters in many languages. For India, it applies to six regional languages - Bengali, Gujarati, Hindi, Kannada, Marathi and Tamil.

The company when explaining the development said that the decision to expand was motivated in part by the feedback shared that people at times are forced to “remove a word that conveys an important meaning or emotion”. “When people don’t have to cram their thoughts into 140 characters and actually have some to spare, we see more people Tweeting,” the company said. Some people may not tweet altogether because they feel the character limit is restrictive.

Languages like Chinese and Japanese which have special characters to convey words and ideas did not apparently face the same problem as English-language users did when it came to writing a tweet within limits. The character change will not apply to Korean, Chinese and Japanese languages that still have the original setting.

The micro-blogging platform has been around since 2006, Jack Dorsey sent the first tweet on March 21, 2006, 9:50 p.m. It read, "just setting up my twttr". So how did Twitter get its name? It was inspired by the word 'Flickr', The definition was 'a short burst of inconsequential information,' and 'chirps from birds'. Then they came across the word 'twitter', and it was just perfect.

Also, the reason for the specific limitation of 140-character limit was because originally it was designed as an SMS mobile phone-based platform which eventually grew into a web platform. The limit was set because SMS carrier had a limit of 160 characters and they wanted to leave some room for the username.

What does it mean for digital marketers on this platform?

With the introduction of the 280-character limit, we can expect a better experience while tweeting. So, when there will be more words, the message can be explained clearly without being misunderstood. Brands are likely to welcome this development and will spend more time on Twitter. Engagement will increase (likes, retweets, @mentions).

The increased character limit also means that marketers have more advertising space to promote their product. The ability to communicate more also creates an opportunity for marketers to reach a wider audience. There is scope for being more creative with one’s marketing content. If a complaint is lodged, marketers have more room for problem solving and expressing their point of view.

The important feature that is still missing is the "Edit option" after tweet. Also, video uploads are still at 140 seconds, Twitter should increase it to 280 seconds.

As per reports, in 2017 Twitter currently had 330 million active users as compare to 800 million for Instagram and more than 2 billion users for Facebook. Time will tell if this development will prove to be a game-changer for Twitter.

Other articles written by Hemant Shewakramani

‘Made in India’ social media solutions that you can take pride in... 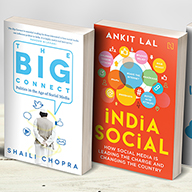 Top digital marketing books you should read in 2018

How SMEs can use WordPress to power their digital presence