Step off the superwoman pedestal

Reena was a nervous wreck when we first connected. She was worried about losing her job and stressing over fulfilling her responsibilities towards her family. She was experiencing fatigue and poor sleeping patterns.

During the coaching sessions, as we delved deeper, she realized that she was often unable to meet deadlines and making mistakes in her work leading to being pulled up by her boss. She had started hating her boss and was worried that she was going to lose her job. She was always short of time, multitasking and juggling various responsibilities. Due to the lockdown, she was left with two young children doing homeschooling and no domestic help. Working from home has erased the boundaries between home and office. On being asked how her spouse supported her in managing her multiple responsibilities, she admitted that she did not ask him for help! “You see, he leaves out the corners while mopping and leaves some of the pots and pans stained while washing up!” Additionally, she feared her in-laws would look down on her if their son had to do housework.

“How would it work for you, if you could be less of a perfectionist about cleaning and give him time to improve on it?” I asked. Soon her entire body relaxed just imagining having some load off her. She realized that she herself was responsible for taking on an excessive share of the load. She resolved to express her needs and fears to her husband and ask for help. She was pleasantly surprised that the in-laws only thought it was fair given the circumstances; the fear was a creation of her own mind.

As her husband started taking on some of the chores, she started having more time on hand to focus on her work. Soon she agreed that it was only fair that her boss expected better attention to detail from her and meeting deadlines was important. Her bitterness towards him evaporated, and that relationship improved. The risk of losing her job was never really there but in her imagination!

As we reflected on the turn of events, she could now clearly see that while she initially sought my support as she was worried about losing her job, the root cause was something else. She had to learn to step off the ‘superwoman pedestal’. She learnt it was ok to ask for help and ok to have a few dirty corners rather than a mental breakdown.

Does any of this resonate with you? Have you ever been placed on a ‘superwoman pedestal’ which is draining you? Are you setting impossible expectations for yourself?

Also read: Fear - Fight it or feed it

If you are feeling constrained or unable to overcome a personal or professional barrier, partner with Coach Khyati Shah and pave your way to success. Khyati partners with...

Other articles written by Khyati Shah 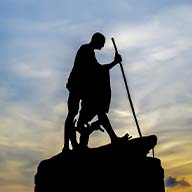 Walk the talk: Learnings from the Mahatma 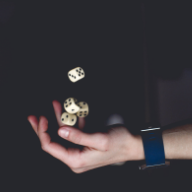 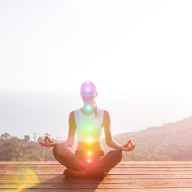 Your energy is a powerful force!

Bollywood stars investing in startups: A new bond of love?

Fear - Fight it or feed it