India is set to welcome a new wage regime. Four erstwhile wage related Acts have been subsumed to make way for Code of Wages, 2019. These four Acts are: Central Labour Laws (The Payment of Wages Act, 1936; The Minimum Wages Act, 1948; The Payment of Bonus Act, 1965 and The Equal Remuneration Act, 1976). The Code of Wages, 2019 (The Code) is a reform that will have a profound impact on the pay structure of employees and will impact both organisations as well as individuals. According to the code, remuneration will have to be re-structured to increase the basic pay to at least 50 percent of the total Cost to Company (CTC) which may result in a reduction of the take-home pay of employees, increasing their Provident Fund (PF) and gratuity contributions.

Normally, employers keep the allowance part of the remuneration higher to provide more in-hand salaries to employees. This also results in a reduced contribution towards social security schemes such as PF and gratuity as the contribution is calculated as a percentage of the basic salary.

Under the new Code, computation of ‘wages’ includes components like basic pay, dearness, retaining and special allowances. Specified items like HRA, conveyance, statutory bonus, overtime allowance and commissions have been excluded for wages. The Code further stipulates that the allowance part of an employee’s remuneration be capped at 50 per cent and that the basic pay be 50 per cent or more of the gross salary. Although the Code does not contain any provision mandating employers to change their CTC structure, it will ultimately result in the restructuring of CTC to meet the basic pay norms.

To better understand the difference between present dispensation and the one proposed in The Code let’s take an example of an employee with a salary of Rs 30,000 per month. Presently, her basic pay is Rs. 12,000 and the contribution towards PF by both the employer and the employee is Rs 2,880 as per the 12 per cent norm. The take-home pay after deduction of PF, assuming that there is no other deduction, is therefore Rs 27,120.

Under the new format, the basic pay of the employee will increase to Rs 15,000 per month. Consequently, the contribution towards PF by both the employer and the employee at the rate of 12 per cent of basic pay will come to Rs 3,600. So the takehome pay after reduction of PF will be Rs 26,400 per month which is Rs 720 less than the previous salary

The biggest impact will be on the gratuity payouts since with the increase in basic pay, the payout on gratuity will also be on a higher side. In the case of PF, the Code may not have any effect on the remuneration, in situations where the employer contributes to PF on the actual basic salary rather than the minimum required contribution of 12 per cent of Rs 15,000, the adjustment in basic pay would result in a change in PF contribution, unless this threshold limit is changed.

Presently, an employer is required to contribute 12 per cent of Rs15,000 as PF contribution, in the event the (basic) pay is more than Rs 15,000 under the Employees’ Provident Fund Scheme, 1952.

Another aspect to analyse is that employers who have made gratuity as a part of CTC will also be impacted since the contribution in the past would have been on a lower side, whereas the pay-out will be higher after the implementation of The Code. It can also be stated that this delta cost shall have to be borne by employers. On the other hand, if we were to analyse impact on employee front, there could be an impact on the take home salary which may come down because it is on the basic pay that the employee PF is deducted. Moreover, if the basic pay component goes up, the net home pay may decrease which is considered as a forced saving for the employee.

In a nutshell, it can be concluded that if an employee’s basic pay is above Rs 15,000, whether takehome remuneration will get impacted or not depends on what the employer decides. But for most, retirement benefits are certainly expected to improve. Although this move will lead to an increase in an organisation’s labour costs, it has been taken to ensure parity for the workforce. Furthermore, for employees, the increased PF will help augment their security fund—which could part of their nest egg for the future and hence a welcome development.

Article published in STOrai Magazine and authored by Nupur Dave Prasad. Nupur has more than 17 years of experience as a corporate commercial and regulatory lawyer. She has worked as in-house counsel with large corporations. Her areas of practice include Contract and Commercial (Negotiation and Drafting) Labour Laws (legal and compliance), Legal Metrology and Regulatory. 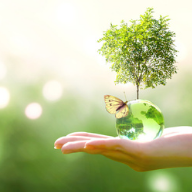 Have confidence in India's consumption potential