As we approach the 2017 Union Budget, let us take a moment to step back and take stock of the recent past.

Two major financial decisions were taken by the government in the year 2016. The first was to implement the Goods & Service Tax (GST) – with the aim to institute the new tax by April 1, 2017. If this is a success it could revolutionise the way tax would function in the country. The other major decision, one that was the most significant in the history of the nation since arguably the economy liberalisation in 1991, was the demonetisation of high value currency notes.

With the upcoming budget being one of the most anticipated, we asked GlobalLinker SME members to share their expectations from the budget and what measures the government could take to boost entrepreneurship in the country.

Expectations from the budget

A key area of interest for SMEs in this budget is taxation. The people at large and entrepreneurs in particular are hoping that taxes will be made more transparent and will work for them instead of being a hindrance to doing business.

Andre Lobo of WorkPro Technologies Private Limited says, “There are some key areas which I expect this budget to address:
• Reduction in corporate income taxes to about 25% in the wake of Trump's proposed tax cuts in the US
• 7th Pay Commission disbursements which will boost the income of government employees and drive consumption
• A revamp of the tax exemption structure that currently allows a heap of exemptions which can become difficult to track."

Founder of Innovatus Systems, N. Sridhar underlines the importance of the Good & Services Tax and asserts, “The GST should see light of day.” He further opines, “Tax scales should be changed for the better. Stringent initiatives to bring more people into the taxable bracket should be implemented. Even though it is not possible overnight, steps must be initiated to end ambiguities in tax laws that lead to multiple interpretations. An entrepreneur should be allowed to do his business rather than worrying about whether a rule has been broken. If the depreciation percentage allowed for assets is increased, it will also help.”

Sambhav Karnawat, founder of jewellery e-commerce portal Jewelove says, “I expect the budget to be friendly for businesses & entrepreneurs. GST would prove to be a big boon for honest tax-paying businesses & consumers. It would make doing business across states very clearly easy & consumer-friendly. After the effect of demonetisation, I expect the budget to be focused on making it easy to do business across India.”

Entrepreneurship has seen a boom in the country in recent years. The government has of course set in motions initiatives like Startup India and Make in India that have facilitated the growth of the entrepreneurial ecosystem but a lot more needs to be done to maintain the positive momentum.

For N. Sridhar, the main issue that needs to be addressed is cash flow & delay in payments from clients which afflicts many SMEs. He shares, “The biggest bane of a small -medium entrepreneur is cash-flow. The financial institutions must pitch in now so that every entrepreneur is encouraged to do more business. The cash flow is often affected due to heavy delays in payments by the larger institutions for whatever reason. Most entrepreneurs spend a lot of time in following up for payments for work done. This causes frustration and possible closures. The government should step in and do something about it.”

Andre Lobo feels tax breaks and incentives are the key to encouraging entrepreneurship. He recommends greater focus on the digital sphere as he envisages that to be the future of entrepreneurship. He says, “Tax benefits and general incentives to companies who are doing a significant portion of their sales via the digital channel. This helps startup companies, many of whom now collect a significant percentage of their revenues through digital methods be it NEFT facility or online payment gateways.”

Sambhav Karnawat has a macroeconomic vision. He says, “I believe there are two very important things to be done to improve the startup ecosystem in India. One, there need to be simpler norms to Angel investing to promote the flow of money into the ecosystem. Two, easier norms for IPOs & exists to make sure that investors get timely exists & can re-invest the money. It is imperative if we dream of having a thriving ecosystem like Silicon Valley, Singapore & China.”

Do share with us your expectations from the forthcoming budget in the comments section below.

Disclaimer: The views and opinions expressed in this article are those of the SMEs interviewed and do not necessarily reflect the views, official policy or position of GlobalLinker. 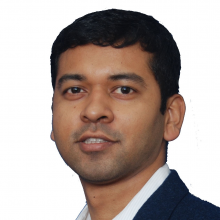 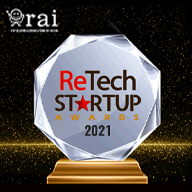 What Are Entrepreneurs Seeking From India's Market Regulators?