INR 200 notes to be introduced from August 25

According to an RBI press release, a new note will be in circulation from August 25, 2017. The INR 200 notes will be the first of their kind in the history of the nation. The announcement was made by the RBI in a press release today and will be the fourth new banknote introduced under this government.

The INR 2000 and INR 500 notes were introduced during demonetisation followed by a fluorescent blue INR 50 note. The new INR 200 notes will be bright yellow and will have characteristics that make it readily identifiable to visually impaired citizens.

The same RBI press release stated, that the new notes will have a motif of the Sanchi Stupa and Ashoka Pillar on them. The emblem of Swacch Bharat (Clean India) is also present to commemorate the initiative. In keeping with tradition, the portrait of Mahatma Gandhi will also be present on it. New security features are also in place to deter counterfeiters.

Livemint reported on 26 July, 2017, that the RBI had stopped printing INR 2000 notes till the end of year and would focus on the INR 200 notes. This led to rumours that the INR 2000 notes would also go out of circulation but the Finance Minister Arun Jaitley has given his assurances that they will not be taken out of circulation. He said, “ (There has been ) no discussion within Government about phasing out Rs. 2000 notes."

Radha Rama Dorai, country head, ATM and allied services, at ATM service provider FIS, said “Although we haven’t seen any drop in supply of INR 2000 notes, we expect it to be moved out of ATMs once INR 200 notes hit the market.” 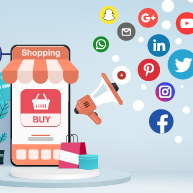 Want to make your eCommerce store go from good to great? – Here is how!

Where should a salaried person invest money