How to give your brand a boost with video marketing

YouTube is a video-sharing website that got its start when three former employees of Paypal - Chad Hurley, Steve Chen and Jawed Karim, decided to get together and found this video-streaming startup. Its rise in popularity was almost instantaneous and Google seeing potential in the website bought it for USD 1.65 billion.

Today, YouTube is the place to go for video-streaming for all variety of content and it is crucial for companies to incorporate YouTube videos into their digital marketing campaigns.

Here's a fascinating example of a video marketing campaign.

Getting your brand to stand out via social media becomes tougher with each passing day.

Welcome to the time when YouTube is tired of always ‘winning’.

Hardly a single person ‘does not’ look down on his/her smartphone. Almost 100 hours of video are uploaded to YouTube every 60 seconds. And on mobile alone, average YouTube viewing session last more than 40 minutes. Not enough? What might welcome an instant awe in you regarding this YouTube are the below numbers:

1. There are a total of 1.5 billion logged-in YouTube active users monthly (“Logged-in” shows another dimension of the fan-base).

3. Mobile is the focus-converge with more than half views are on the mobile.

4. 48% of the marketers have voted YouTube as the most favoured content-distribution channel.

What’s more, it resembles our beloved TV commercials in all forms with a modern touch!

Want to see more how it has stolen the show?

1. Nike Women Business needed a boost as women were a little far from sportswear, in general.

The brand launched a series of short videos of two sisters with a cutting-edge story that had a liberal display of Nike products. The video views reached viral numbers owing to the arc of story that contained deep connection elements.

2. Best of the videos shine through a principle. The blurred line between the product and the story vanishes.

Puppies should eat only food specially made for them; this message was driven home in the short videos by Purina illustrating a lot of amusement, cuteness and product- relevance.

The video totally tapped the wild-craze by getting around 15M views. Reason was that it didn’t feel like an Ad rather a fun-filled happy-puppy story.

3. TV king, Discovery, apart from stunning viewers throughout the 365 days, aced something more than most.

Launch of 360-deg on YouTube opened up infinite possibilities for brands.  And Discovery used it in its flagship properties like Shark Week and MythBusters to create mind-blowing videos, proving 360-deg is the perfect vehicle for it.

Mission was accomplished as Discovery now comes on the top of YouTube searches for 360-deg videos.

4. Last one in the list calls for a startling stunt!

Here’s a destructive stunt that powdered, literally, the most expensive phone in the world. The concept was to showcase the power of the blender from Blendtec that would leave nothing, not even the dream-and-drool-worthy iPhones.

As result, the massive popularity that the brand got has ensured that it reaches over million views on its videos which are aired now (Note- despite it being a not-so interesting product-brand).

So, what are you waiting for? A bit of imagination, an interactive story and create your own YouTube marketing campaigns.

Other articles written by Pooja Yadav 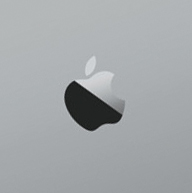 Want to understand the marketing tactics of Apple?

Have you tried ‘researching’ in marketing? 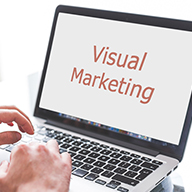