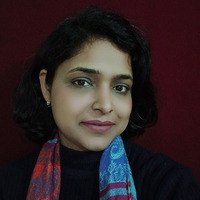 International Women's Day celebration every year, refreshes the rich history of women’s fight for equality. On this day, the achievements of women across all fields are honoured and it raises awareness of the struggles women continue to face until this day.

Women are the epitome of strength, love, sacrifice, and courage. The role of women in today’s world has changed significantly and for the better. From housewives to CEOs, the transition can be seen at an accelerating pace.

We definitely have come a long way in terms of accepting that the role of a woman is not limited to looking after the home and the needs of the family.

We definitely have come a long way in terms of accepting that the role of a woman is not limited to looking after the home and the needs of the family. From housewives to CEOs, the transition can be seen at an accelerating pace.

But let’s also look at some ground realities. In modern, urban households, women in spite of earning handsome salaries are expected to balance their work front and look after the home without glitches. In some households, it’s just an unsaid rule. And women proven to be multitaskers, go on taking it all in. With an autopilot mode on, they keep performing to the best of their abilities on both battlefields.

One of my clients named Shivali, a renowned dentist in the city said, ‘No matter how successful you become, you will still come back home tired and your husband will expect you to make a cup of tea for him.’

While addressing a gender equality seminar, my aunt a retired IAS officer, Surina Rajan, remembering her younger days stated, “In spite of holding one of the highest posts in India, I always had to prove myself in my career span. If my male counterparts did five tasks successfully, I always had to do two extra, to outshine them.”

Also read: The key to closing the gender diversity gap

Here we are talking about intelligent and successful women of India who equally contribute to the GDP of the country.

Women are still expected to make most of the sacrifices in terms of their careers as compared to the man of the house or male colleagues. In addition, there is a flip side to this as well, if some women choose to stay at home rather than go out and work, they are looked down upon.

The fact remains, women need to work twice as hard to prove their mettle. Covid times have made it a bit more challenging for working women. This new ‘work from home’ concept hasn’t always been favourable for women. In the words of a corporate professional Ankita (name changed), “Women who have kids aren't really favoured for promotions, presentations, etc because staying at home makes it look like they can't manage their jobs well. To prove that women aren't weak in any regard and nothing has changed despite the strenuous circumstances that has greatly hit women’s work-life balance. We are so intent on making sure we don't stay behind that we've forgotten that there's life outside of work.”

It's surprising how many working women don't even know that they suffer from depression till they randomly visit a doctor and shockingly are put on anti-depressants.

1. When you stop buying dolls for girls and cars for boys. Replace pink and blue colors with a common colours, irrespective of your child’s gender.

2. When you educate your children in coed schools, eliminating the curiosity factor for the opposite sex.

4. When you stop your unconscious acts, making your boys believe they are the stronger sex, future bread earners, and your heirs.

5. When you inculcate liberal ways of living life during your children’s growing years. For example, marriage means a union where two people get together for life leaving behind both their respective homes to build an independent future together.

6. When you stop the gender discriminating rituals for your children.

7. When you stop preaching gender-biased career choices for your kids.

8. When you show your kids that you as parents are equally handholding each other in daily house chores and life decisions irrespective of your individual financial worth.

9. When you respect each other’s choices, acknowledge sacrifices, celebrate joys, and wipe away tears as a team, setting a good example of equality in front of your child.

10. Most importantly, when you stop preaching ‘let’s raise our girls as boys’ - this mere statement is based on gender discrimination.

And this list can go on. We keep running towards aping the west but go weak in the knees in front of the old belief systems and cultural taboos. You can give the world’s best education to your children, but remember you will always be their first teacher.

I will share my personal experience setting it as a true example of gender equality. I was born to an enterprising set of parents who made me worldly-wise much earlier in life. I had only heard the concept of gender inequality from my mother being a social worker, not knowing what it means till much later in life. I had never heard or witnessed any son getting any special privileges in the surrounding that I grew up in. My brother was protective because I was younger than him, not because I was a girl or weaker by any means. My colleagues and bosses believed in my strengths and capabilities irrespective of gender. I married a liberal guy, who unquestionably respects my aspirations and choices in life. He is a role model for every modern man who brags about equality but consciously/unconsciously suppresses their partner's dreams. For every educated man who expects his educated partner to run errands, manage kids, and assist his parents as a duty. For every new age man who makes his partner sacrifice a good career and bows down to his parent's wishes to start a family. For every prospective male employer who disregards and rejects a woman applicant who is back after her pregnancy sabbatical. For every successful male boss, who thinks a woman is better at home than dreaming of climbing the professional ladder.

In my view, true equality comes with couples making choices as per what works for them and their unit rather than what’s expected of them by society. True diversity and inclusion will be when we not only accept people (not just men and not just women) for who they choose to be and their choices in terms of careers, sexual preferences, likes, and dislikes without judgment. Each to one’s own! Be the change.

Do check out my podcast on Mental Health.

Other articles written by Seema Lal 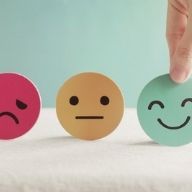 How mentally healthy are you?

Women are a growing force as entrepreneurs & professionals at the workplace