Can you grant ESOP to a co-founder? I often get asked this question, “Can a company grant ESOP to a co-founder who was recently on boarded in my startup?” Well the answer is both yes and a no!

Also read: 10 genius ways to create a buzz around your startup

The Companies Act, 2013 prohibits grant of ESOPs to the promoter of a company. The term ‘promoter’ does not necessarily refer to only a person who is named as a promoter at the time of incorporation of the company. A promoter is defined broadly and includes the following:

Therefore, typically a co-founder who you bring on board at a later stage, may not be a promoter as stated in the Charter Documents (Memorandum and Articles of Association of your startup) but can still be considered as a promoter, thus restricting him from receiving ESOPs in the company.

Also read: 6 benefits of working with a Google partner

ESOPs to promoters/co-founders of recognised startups

The Companies Act, 2013 has made an exception to the above rule, by allowing startups that are recognised by the Govt. of India to grant ESOPs to founders, as long as the grant of such ESOPs is within five years from their incorporation. This means if your startup has a certificate of recognition from Department for Promotion of Industry and Internal Trade (DPIIT), Govt. of India, then you can grant ESOPs to promoters/co-founders.

Also read: A free and vital marketing tool you are underutilising

Other articles written by Anisha Patnaik 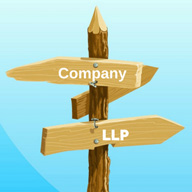 Private Limited Company or Limited Liability Partnership: Which one to choose? 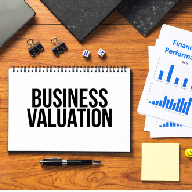 The valuation game: What does it mean?

Is your company prepared to see and address unimaginable threats?

How does an Employee Stock Options Plan (ESOP) work?