2017: The year of Digital Payments

Can someone carrying no cash, no credit card and no mobile phone purchase something without taking credit from the retailer? A few years back the answer to that question would have been a resounding no! But advancements in technology, improvement in digital infrastructure and the Indian Government’s will to usher in financial inclusion, cashless transactions for a digital India has made it possible. We are now living in an era brimming with possibilities and options to pay for purchases — m-wallets, SMS, NFC, soundwaves, email id, and even fingerprints. For retailers, this means being aware of the latest in payments and staying prepared for it.

A method of contact less payment used by card companies, Near Field Communications (NFC) uses NFC uses radio waves to facilitate payments. The same point of sales terminal that is used for chip-and-pin cards can be used for contact less cards. What makes NFC desirable is that payments made through it do not require two-factor authentication for amounts below Rs 2,000. Also, it is fast: NFC payment takes less than 5 seconds to complete as against 18 seconds required for a chip-and-pin transaction. The NFC cards were meant to replace payments below Rs2 ,000. Be- sides cards, the terminals can accept payments from NFC-enabled phones. Examples of NFC based payment options include Samsung Pay, Apple Pay and Android Pay. However, its adoption in India has been slow. “Few major banks in India have issued contact less cards with dual interface (chip and contact less). For now, the customers of only these banks can avail contact less payment. But the acceptance infrastructure out in the market is not available and is in shortage. This is the main constraint why contact less card is not taking off as rapidly as anticipated,” explained T. Venkata Chalapathi (TVC), Principal Architect, Ezetap Mobile Solutions in an article.

Unified Payments Interface (UPI) is a unique payment solution created by the National Payments Corporation of India (NPCI) with the support of the Reserve Bank of India and Indian Banks Association (IBA). It uses a virtual address much like an email address to facilitate payments between holders of such addresses. The addresses are attached to a bank account. It works on a single click two-factor authentication. It also provides an option for scheduling push and pull transactions for various purposes like sharing bills among peers.

According to Infosys Ltd co-founder Nandan Nilekani, UPI will potentially disrupt payments in India and become a role model for other countries.

In March, Reliance Retail became the first modern retail chain to offer its customers the option of mobile-based UPI app payments at its stores. The UPI payment facility is live in more than 200 Reliance Retail stores in Mumbai across formats, including Reliance Fresh, Reliance Smart, Reliance Digital, Reliance Trends and Reliance Footprint, among others. Reliance retail collaborated with NPCI to make this happen.

UPI technology is the force that powers the popular Bharat Inter-face for Money (BHIM) mobile app that provides a quick, easy and secure way to make digital payments in the aftermath of demonetisation. What makes BHIM different is that it allows sending and receiving money from multiple wallets.

The Soundwave technology enables financial transactions between devices without internet or communication tools such as NFC.

Consumers need a mobile app equipped with sound-based payments technology and linked to their bank accounts, digital wallets or credit cards to make purchases at a store. They just need to place their phone near the merchant’s device. It does not require installing additional hardware, making it appealing to small retailers. A transaction is initiated when a merchant’s device generates sound containing the encrypted payment data. This data is received by the microphone on the buyer’s phone.

Bharat QR code is the world’s first interoperable payment acceptance solution. It eliminates the need for merchants to display multiple QR codes related to different payment providers. All that the merchants need to receive payments, is a single QR code.

Consumers can use their mobile phones to scan the code and need not physically swipe debit or credit cards.

The merchant must have a registered with the bank for receiving payments through Bharat QR.

According to Hota, Bharat QR code initiative is yet another “transformational step towards building a less-cash economy at an insignificant cost.”

Speaking about the Bharat QR to a financial daily, MobiKwik Chief Business Officer Vineet Singh said the initiative will help in further advancing the digital payments ecosystem in India.

As of now, American Express, RuPay, MasterCard and VISA cards can be linked to pay through Bharat QR.

Back in 1980s Back to the Future, the popular Hollywood movie with seemingly outlandish ideas actually predicted paying with a fingerprint. With AEPS, it has become a reality. AEPS stands for Aadhaar Enabled Payment System (AEPS), created with the aim of taking digital payments to the grass roots. It enables anyone with an Aadhaar card and a bank account to simply pay with a two step-authentication. Consumers do not need any device or medium such as a card or a phone to make payments. All they need is their finger-print and Aadhaar number.

Introduced recently, Aadhaar Pay is the merchant version of AEPS. The app will eliminate the fee merchants have to pay card companies.

While BHIM is mainly for peer-to-peer transactions, Aadhaar Pay is meant for merchants to receive digital payments from customers over the counter through Aadhaar authentication.

Following the popularity of BHIM (Bharat Interface for Money), the government plans to name the merchant payment scheme BHIM-Aadhaar.

According to a statement issued by the NITI Aayog, around three lakh merchants are already on the platform.

To explore business opportunities, link with us by clicking on the 'Invite' button on our eBiz Card. The road ahead for retail businesses 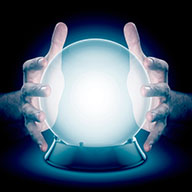 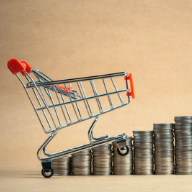 Retailers on the brink of full recovery with sales at 93% of pre-Covid-19...

The road ahead for retail businesses

Shape of things to come

Tips for merchants to deal with chargeback claims

E-commerce set to capture bigger share of the retail pie